You are here: Home / Events

As the post COVID 19 era dawns upon us, SACABC is embarking on a plan to launch new events and new collaborations.  As part of its music program SACABC has been in discussions with the South African Music Week (SAMW), an annual music festival and conference  event in South Africa to collaborate in a number of areas, namely:

South African Music Week (SAMW) is a public-private-partnership between Government, South African Music Week and the private sector. SAMW is the largest music conference and tech expo in Southern Africa, also serves as a music festival and industry music-awards event. It is the international marketplace for Africa’s music industry to perform, trade, collaborate and export its music, culture, attract business, investment, trade and tourism. The event is the ideal platform for the creation of employment, sharing of ethical business practices, advanced technology, innovation, trademark and copyright protection. 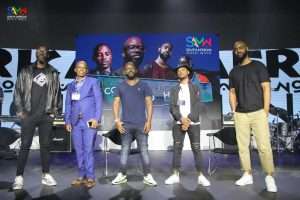 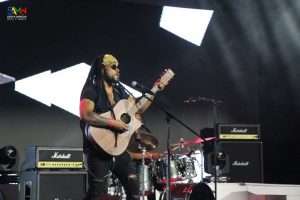 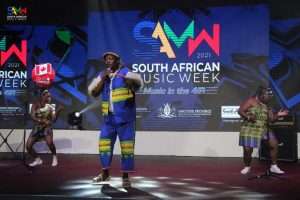 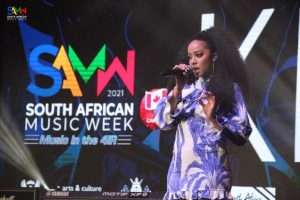 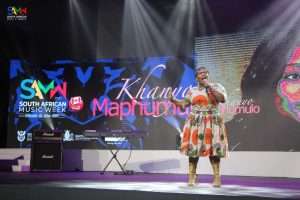 Meet a panel of market specialists, talent buyers, concert promoters and industry decision makers for CWM’s first-ever official mission from the South Africa. Discover access points for theSouth Africa and meet those who can help build bridges between Canada and South Africa.

Attend a panel of market specialists, labels, publishers, managers, agents, talent buyers, concert promoters, and industry decision makers for CMW’s first-ever official mission from South Africa. Discover entry points for the South African music market and meet those who can help build bridges between Canada and the world’s 31st-largest market for recorded music, a growth market where streaming revenues increased a phenomenal 89 per cent in 2017.

International  Marketplace  (IMP)– Sheraton Hotel, Lower Concourse  – Hall E ]
Meet one-on-one with members of the delegations from the South Africa in a session of targeted, curated, pre-arranged meetings customized to your objectives.
By appointment only. Contact the International Marketplace for details For more info please contact Kathy Hahn

Everything you need to know about South Africa’s music industry can be found in the Market Access Guide, produced by the Canadian Association for the Advancement of Music and the Arts (CAAMA).

Award-winning Singers/Songwriters Zahara, Berita and Msaki are performing at the Sisters with Guitars concert at Emperors Palace on Saturday 15th February 2020.

The first of its kind, the concert promises music lovers a good time, an exceptional experience with this incredible line-up, celebrating women in music.

SOUTH AFRICAN CULTURAL ASSOCIATION OF BC continues to look at better ways to improve collaborations between the South Africans music Artists and the Canadians.

An example of this was a production of a double album CD sampler that was compiled and distributed to CMW delegates, eight South African artists of diverse musical backgrounds showcased at CMW MAY 2019.

Among these artists is Nono Nkono, a young gifted South African jazz artist who showcased live with a Canadian ensemble of musicians she had only met and rehearsed with overnight Her performance became one of the highlights of CMW, a historic first collaboration of South African and Canadians on stage.

Mahlathini and the legendary Mahotella Queens is another South African traditional coral group that performed to a standing ovation at Dundas Square as part of the CMW showcase, May 2019.

The successful spotlight of the South African music industry at the May 2019 CMW has ushered in a new era of opportunity to further strengthen cultural and bilateral ties between the two countries music industries.

To ensure that the Canadian music industry gets access to a bigger market, SAMW plans to invite 15 neighboring countries to South Africa who form part of the regional common market called Southern Africa Development Community (SADC). The task for CMW is to market SAMW 2029 to the Canadian music industry and mobilize government in that regard. A strong industry delegation made up of key decision makers, artists, and government officials shall be expected to attend SAMW in September 2020. CMW and SAMW shall present in 2020 the opportunity for both countries to work towards strengthening cultural and bilateral ties by opening each other’s export markets.